How to place your order 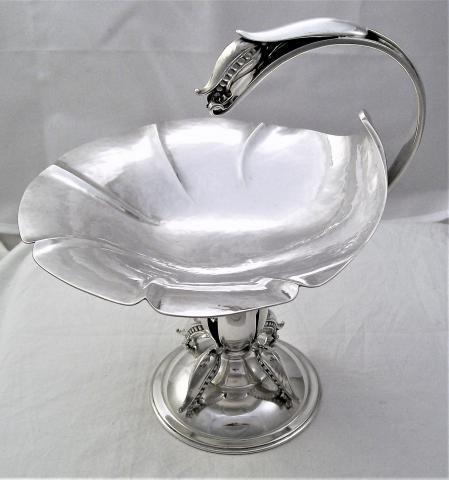 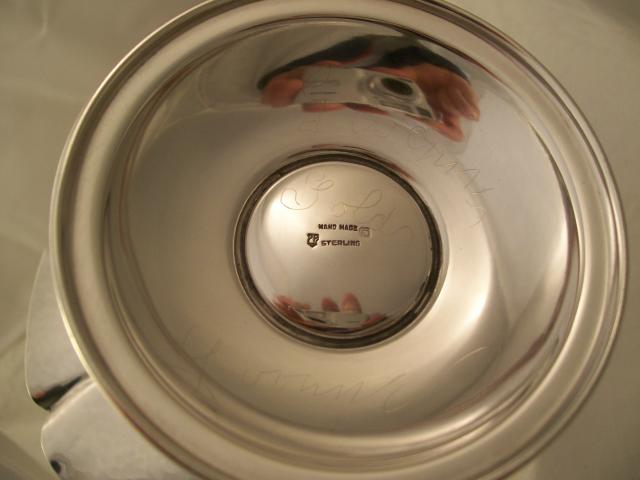 STERLING SILVER COMPORT by Carl Poul Petersen - Montreal, Quebec, Canada - Circa 1960 - Hand Made - Hammered Bowl - "Corn" handle and decorated base - Measurements - height - 8 1/4" - weight - approximately 20.13 Troy Oz. - This beautiful Petersen Sterling Silver Comport is available at $2250.00 Canadian - Please Note: A previous owner has scratched their name on the underside of the base

CARL POUL PETERSEN (1895-1977) was born in Copenhagen, Denmark. He apprenticed under Georg Jensen between 1908-1913. In 1922 he married Inger Jensen - daughter of Georg Jensen. In 1929 they moved to Montreal, Quebec, Canada where he was employed by Henry Birks & Sons. In 1944 he opened his own studio producing mainly handcrafted flatware and hollowware. For nearly 3 decades he was at the centre of Canadian modern silver design. In 1962 he redesigned the Stanley Cup for The National Hockey League. He retired in 1975.

Each piece of PETERSEN sterling is a work of art. His work is highly sought after and is held in major museum and private collections in Canada and U.S.A.